My Body Isn’t My Own

There are quite a few things that I’ve found difficult with the almost-22-month spacing between my two girls, but one of the hardest things has been the physical toll on my body.

In October 2013 I got pregnant with Clara.

During pregnancy I was nauseous and tired and then huge… you know the drill.

I gave birth in July. The labor and delivery was hard and it ended in a c-section.

My c-section recovery was pretty rough, and I had a hard time moving around the house for quite a few weeks.

I had an oversupply of breastmilk, and while that sounds like a blessing, it was quite uncomfortable at first, until my body regulated itself to only make what Clara needed. I felt like everything in the house was drenched in breastmilk (so awesome, right?) and since it was summer in Chicago and we didn’t have air conditioning, I was hot and exhausted and sweaty and leaking and bleeding (from the labor and delivery) and generally I was just a huge mess. Plus I couldn’t get out of bed by myself without pain.

Those weren’t my best weeks.

I started going to physical therapy to attempt to ‘fix’ my abdominal muscles which split apart (yay diastasis recti!) during my pregnancy. I loved going to physical therapy, but it took so much time that I didn’t have any free time or energy to pursue other exercises. However, I finally felt like I was starting to get my body back into pre-baby condition after a few months.

I breastfed Clara on-demand for an entire year (until July 2015). Thankfully, I was able to pump after a few weeks (I waited for a while until my supply went down so that I wouldn’t continue to produce too much milk.) so I wasn’t physically attached to Clara for that entire time, but breastfeeding made me freakin’ exhausted and constantly hungry.

After a year of breastfeeding, I decided to wean Clara so that I could wear non-breastfeeding-friendly shirts and to stop her from pulling up/down my clothes at the playground or in front of friends to take a quick swig of milk and carry on her way. That type of breastfeeding is less than ideal in my world, so I made the decision to stop. Plus, I was getting a bit concerned that I couldn’t keep on weight, as I was getting skinnier and skinnier as Clara required more and more breastmilk.

I got pregnant with Isabelle the same month I weaned Clara, in July of 2015 (but we didn’t find out until September). 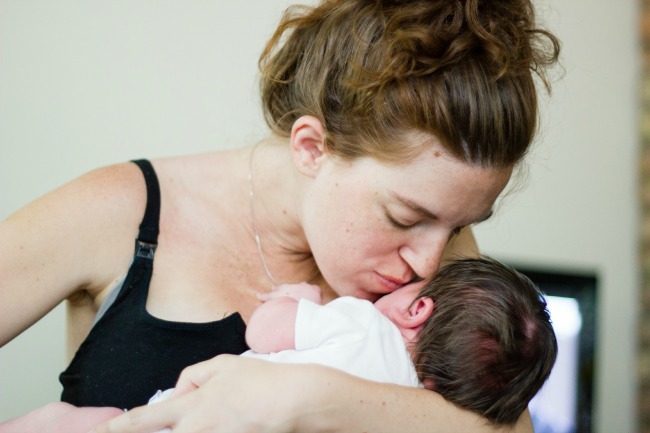 I had a very similar pregnancy the second time around. In the first trimester I was nauseous and exhausted and then we moved across the country so I was really nauseous and exhausted… it wasn’t my finest hour(s), that’s for sure. I felt like I couldn’t do anything productive at all and was disappointed in my lack of energy. I was especially disappointed that I couldn’t keep up with Clara in the ways I wish I could have, but that’s a different post for a different time.

I still breastfed Clara in the morning and at night until she was 18 months old. So for 6 months I was pregnant and breastfeeding. (Sidenote: it turns out that nipples get really sore when breastfeeding a toddler while pregnant.) My exhaustion just kept increasing, and I didn’t start feeling better until almost the third trimester of pregnancy, which of course is when everything started going downhill again with the ‘normal’ pregnancy discomforts.

Now I’m 13 days postpartum from this second pregnancy and my body is worn down. Once again, I seem to be having an oversupply / fast letdown issue with my breastmilk and Isabelle is gulping down a ton and then spitting it all back up. I’m sure she’s eating enough, but I feel like I’m feeding her around the clock and just producing more and more, which becomes painful after a few hours while she’s sleeping and not eating.

Sore nipples and engorged breasts… it’s all sexiness over here. 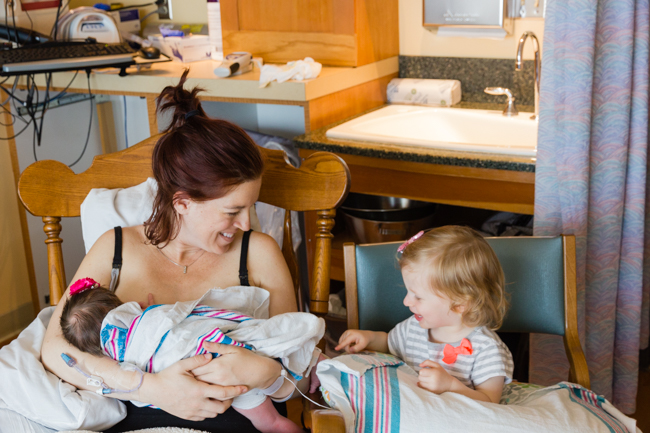 And as if normal postpartum discomforts weren’t enough, last week I had a spinal headache and couldn’t move for days (yay side effect from the epidurals!) and I’m still feeling some incision pain, although this recovery seems to be much easier than my first c-section recovery.

Now I have a toddler and a newborn, and am breastfeeding on demand, and am recovering from a rough labor and an even tougher c-section delivery. I don’t have the ‘luxury’ of being able to lay around all day because our household has a lot of activity, but I’m not very good at relaxing anyway, so that’s really okay by me. However, my body is exhausted and I don’t see it improving any time soon. 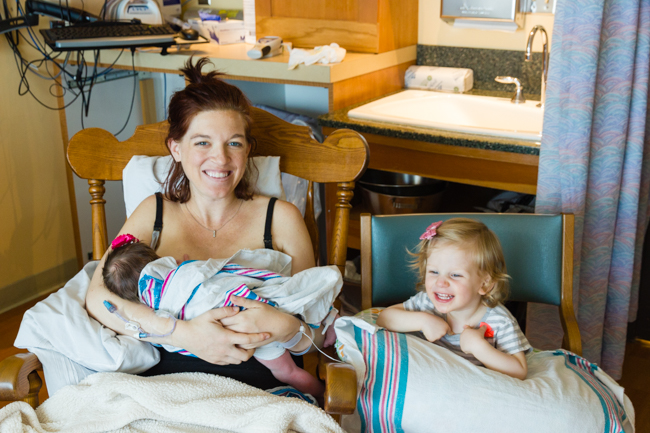 I anticipate another 1-2 years of breastfeeding ahead of me, and I’m actually not sure how I’m going to physically be able to handle wrangling a toddler and a newborn by myself – once Tim goes back to work. And we aren’t sure that we’re done having kids, so there could be more pregnancies in my future, too.

My body hasn’t been my own since October 2013, and it won’t be my own for a while longer. I’ve been responsible for supporting other lives for almost 3 years and counting.

Mentally, I feel like I’m in a really good spot (aside from the anxiety about being a SAHM with two little girls) but physically, I’m feeling like a disaster. Once I get the go-ahead from my OB, I’ll start exercising and going to physical therapy to start regaining my strength, but even with a lot of hard work, I’m not sure my body will ever be able to recover to what it once was, pre-kids. And maybe that’s okay.

My goals for the immediate future are to recover from this c-section with as much rest as possible, eat well, sleep well, and survive this transition into being a mom of two.

I won’t say that the physical discomforts aren’t completely and totally worth it, because of course I would do it all over again – and I continue to choose to breastfeed even though it drains me (no pun intended). However, I can’t wait to truly get my body back one day. I look at moms who are done having kids and I think about how nice it must be to be completely done being pregnant, sleep-training, and breastfeeding… but then I look at my newborn and have a crazy urge to have more babies so that these snuggly newborn phases never end, so clearly I’m still a bit hormonal.

I’m constantly reminding myself that this season of life is just that – a season. And this particular season is an uncomfortable, unsexy, and physically exhausting one. I’m forced to be more self-sacrificing than I would like to be sometimes, but I also consider my abilities to get pregnant, grow babies, and then breastfeed for months to be great (albeit uncomfortable) blessings.

One day I’ll have my body (and maybe even a flat stomach) back, one day. Until then you can find me snuggling my two (2 week old & 22 month old) babies as much as I can and trying to find beauty and some rest in this season that we’re in.

14 Responses to My Body Isn’t My Own