A fond (terrifying) look back: Finding out I was pregnant – both times.

My newborn is now seven months old. I am in a healthy amount of denial that time is passing, but now that Isabelle is crawling around our house and getting into every single thing, it’s definitely becoming apparent that my newborn is actually closer to her first birthday than the actual date of her birth. 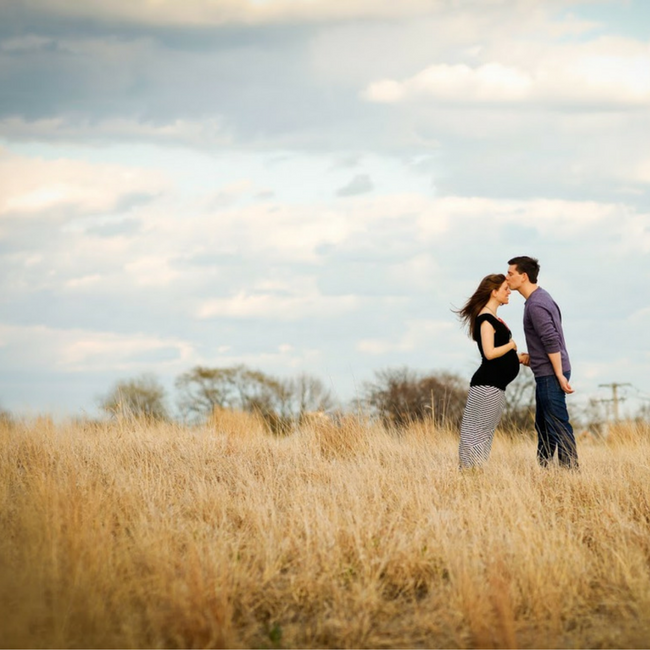 A little over over three years ago I found out I was pregnant with Clara. It was the day before Tim and I left for Buenos Aires and to say I was shocked was a huge understatement. (I read that 45% of women surveyed said their pregnancy was unplanned, so I guess I’m in good company!) When I went out to buy a pregnancy test, I actually didn’t think I was pregnant. I wasn’t expecting my period for another few days so I bought an e.p.t® pregnancy test so I could find out before I even felt symptoms.

Needless to say, I wasn’t feeling anxious while taking the test, because I didn’t think there was any way it would be positive. As soon as I looked down at that pregnancy test my whole world changed. I still remember taking the pregnancy test in the morning and then going to Crossfit (in disbelief) and then pacing around the house waiting until Tim got home so I could tell him the news in person. I couldn’t even believe it was all happening. The first thing Tim and I did was to run to Target to buy prenatal vitamins and books on pregnancy… because we were totally clueless.

We were also beyond thrilled and quite a bit intimidated. We simply didn’t know what to expect! Thankfully, I had no pregnancy symptoms, so I was able to fully enjoy our trip to South America and worry about everything else when we got back. 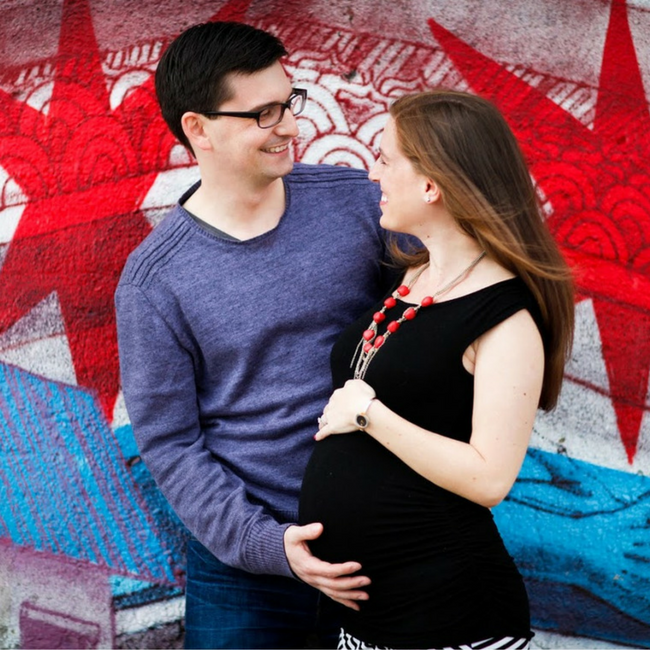 Finding out I was pregnant with Isabelle (a little over 1 year ago) was an entirely different experience. At that time I was still breastfeeding Clara, who had just started walking, and I was feeling really really drained. Then, Tim and I were babysitting a friend’s toddler one day and I could barely keep up with the two little ones on the playground. I was tired, nauseous, and generally not feeling like myself. I attributed it to me not eating healthy foods and not sleeping enough… and, you know, being the mom of a toddler.

Tim and I had been talking about trying to get pregnant again, but that day I was so worn out that I told him I wanted to wait a few more years before we added another baby to our family.

A few hours later, as he listened to me complain about how tired I was, he suggested I take a pregnancy test – half kidding. So, even though I didn’t think it was even possible for me to be pregnant because I had never gotten my period after getting pregnant with Clara back in 2013, I decided to pee on the stick to prove that Tim was wrong. Well, needless to say, the e.p.t® test was positive. I came right out of the bathroom, pregnancy test in hand, and told Tim that somehow we had gotten pregnant again! (Can you believe that about 40 years ago at-home pregnancy tests weren’t even a thing?! I loved being able to find out immediately that I was pregnant… I think I would have died of anxiety if I had to wait to go to a doctor’s office!)

Tim was thrilled. I was overwhelmed. I was so excited to be pregnant, but I also couldn’t imagine feeling sick every day with a toddler to take care of. Most of all, though, I had faith that God’s timing is always perfect and that He had big plans for our family! 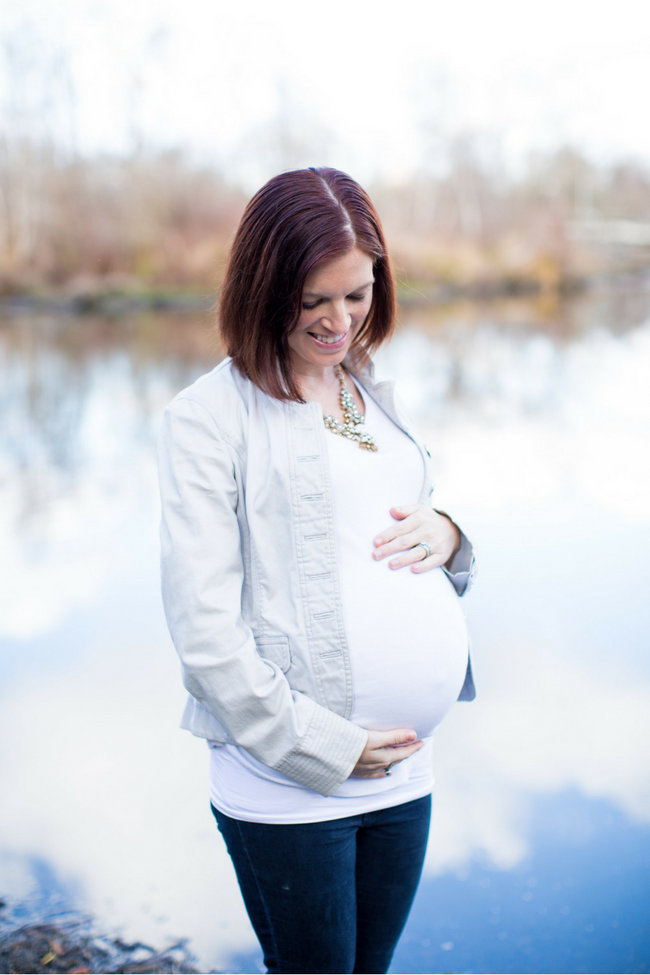 Finding out I was pregnant for the second time was a much different experience than the first time, because I knew exactly what to expect from my pregnant body. I couldn’t have known how tired I would be while chasing a toddler while pregnant, but I knew that I would be tired, stretched out, unable to sleep, swollen, etc, and I wasn’t necessarily super excited to have to go through all of that again so soon after I had Clara. Plus, I was anxious about the labor and delivery since that was pretty traumatic with Clara, as well. 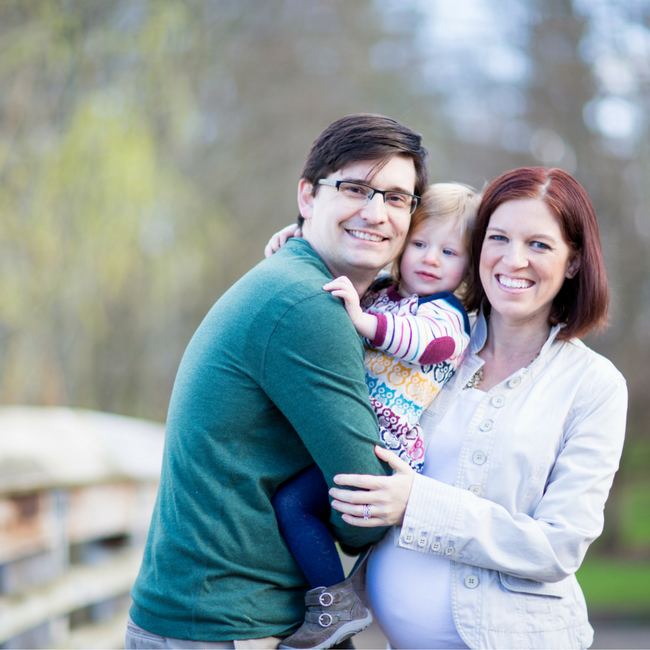 Basically, so many emotions, but still an overwhelming sense of peace because I knew that I loved babies, loved the miracle of pregnancy, and loved the idea of adding another member to our family.

Whereas with Clara I was naive to what would be coming my way, with Isabelle I was oh-so-aware and even more excited, not for the pregnancy, but for the baby that would be the end result.

I will never, ever forget seeing those positive pregnancy tests. They truly changed my life and how I viewed everything in one moment.

What was your first thought when you saw that you were pregnant!?

I was selected for this opportunity as a member of CLEVER and the content and opinions expressed here are all my own.

This entry was posted in motherhood, pregnancy and tagged pregnancy, pregnancy test. Bookmark the permalink.

4 Responses to A fond (terrifying) look back: Finding out I was pregnant – both times.