Christmas chaos (also: the time I almost canceled the holiday.)

It’s taken me this long to do a Christmas recap not because I’m busy, but because it has taken me days and days to recover from the entire fiasco that was our holiday this year. 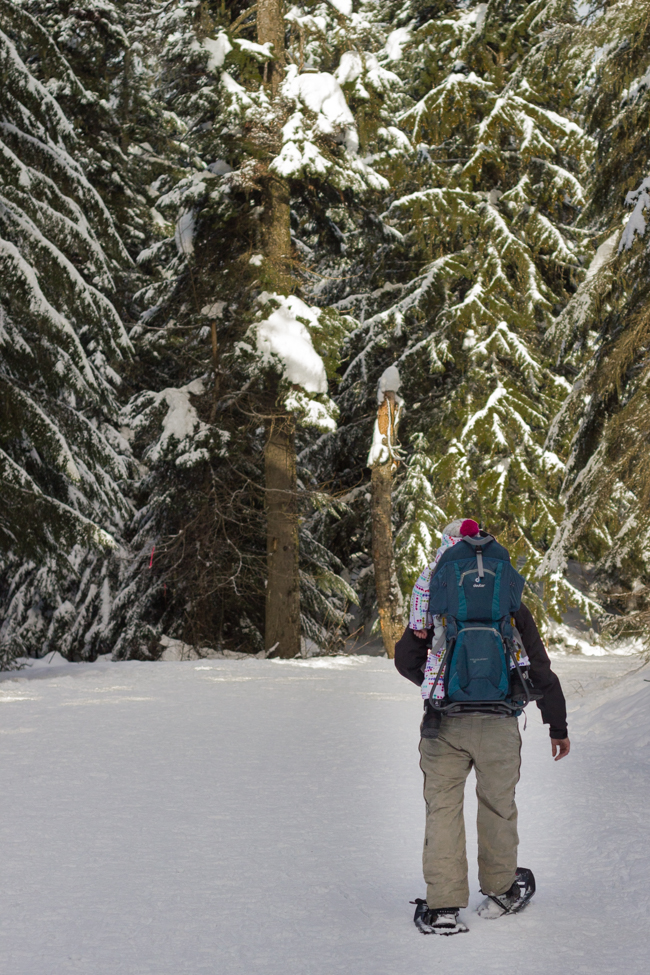 You see, I had such great intentions! My thought process went something like this:

Christmas is going to be so much fun! We’re going to wake up, get the girls ready, embark on a snowshoeing adventure about an hour from home, play in the snow and snowshoe for a few hours around a gorgeous lake in the mountains, and then we shall return home and drink hot chocolate and open gifts. Life will be so grand! 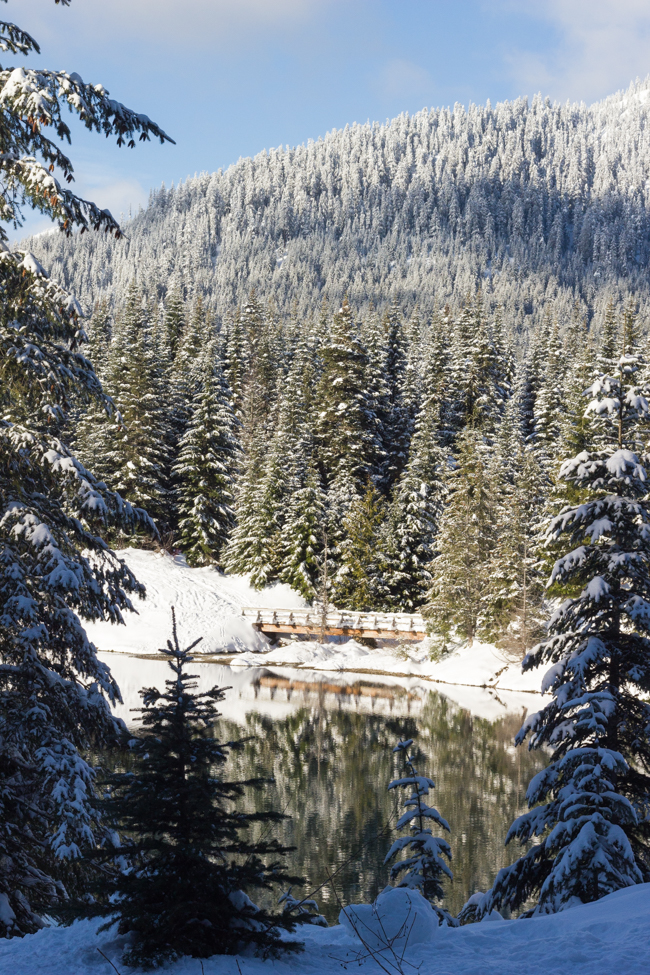 Suffice it to say, my dreams were not even close to reality. 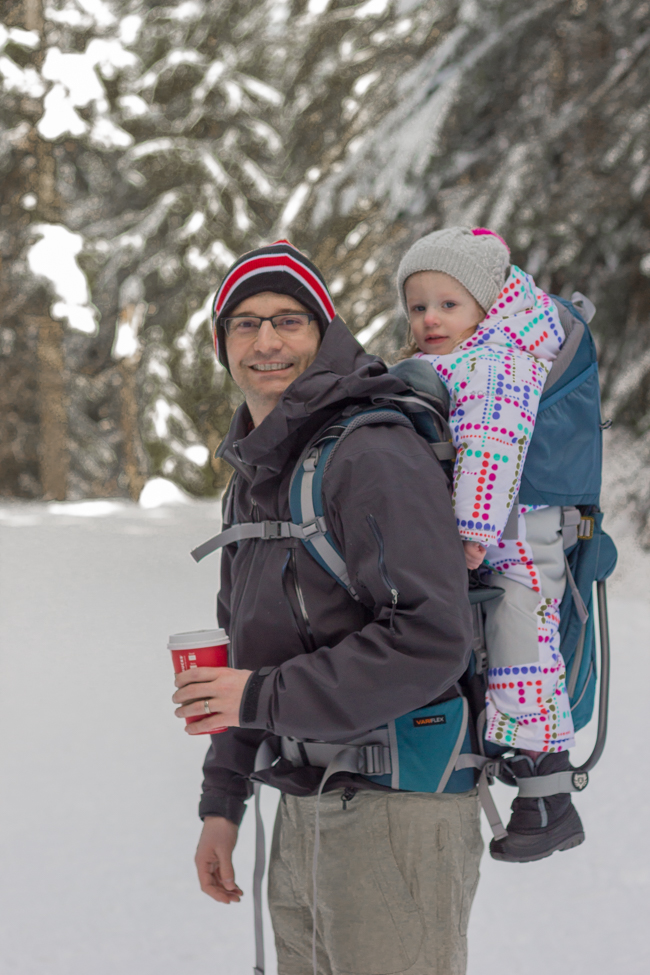 Basically, it took us forever and a day to get the girls ready to go on Christmas morning. You would have thought we were leaving for 6 years with the amount of stuff we had to pack. So many layers of clothing. The girls were really great on the car ride, so I was cautiously optimistic.

It took another 18 years to get them into their snow gear, and when we finally had them in their carriers, we set off for our should-have-been-blissful walk through the woods. Isabelle lasted approximately 10 minutes before she started screaming. 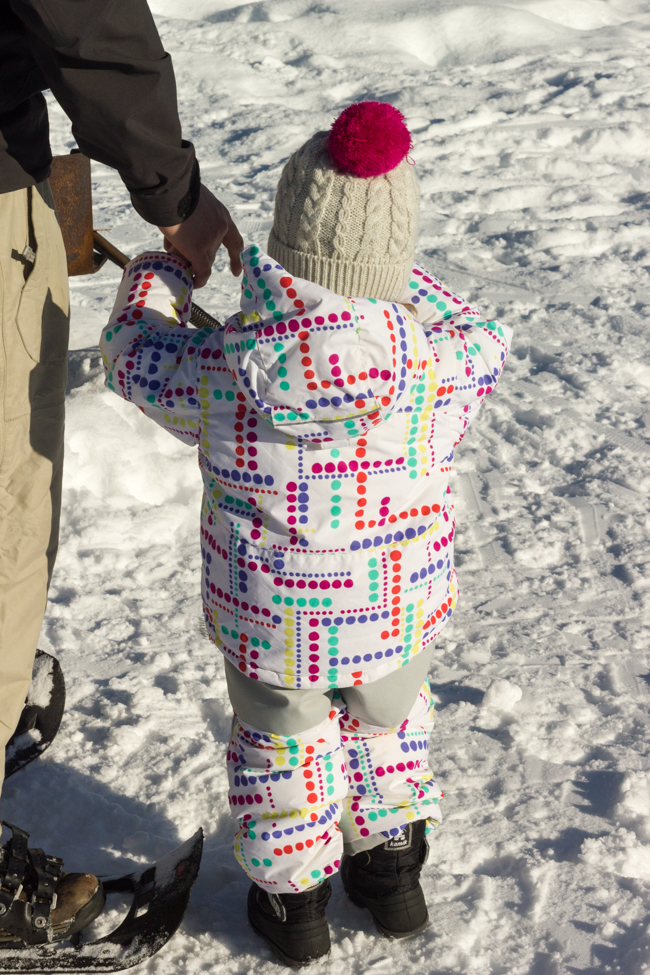 She cried/yelled for 2 hours straight.

We checked her diaper. I fed her (which was a really chilly experience). We tried bouncing her and ‘shhh-ing’ her to sleep. We finally determined that she was probably just too hot in her snowsuit.

Well, we didn’t have a backup plan for that. (I wasn’t about to let this girl hang out in her onesie in 20 degree temps! Even I’m not that nuts.) So she continued to yell. And yell. The type of yelling where her back was arched so much that I thought she was going to fall out of her carrier and she was just MAD.

At one point I threatened to leave her in a snowbank and come back for her later, but Tim vetoed that one, so I kept carrying her. 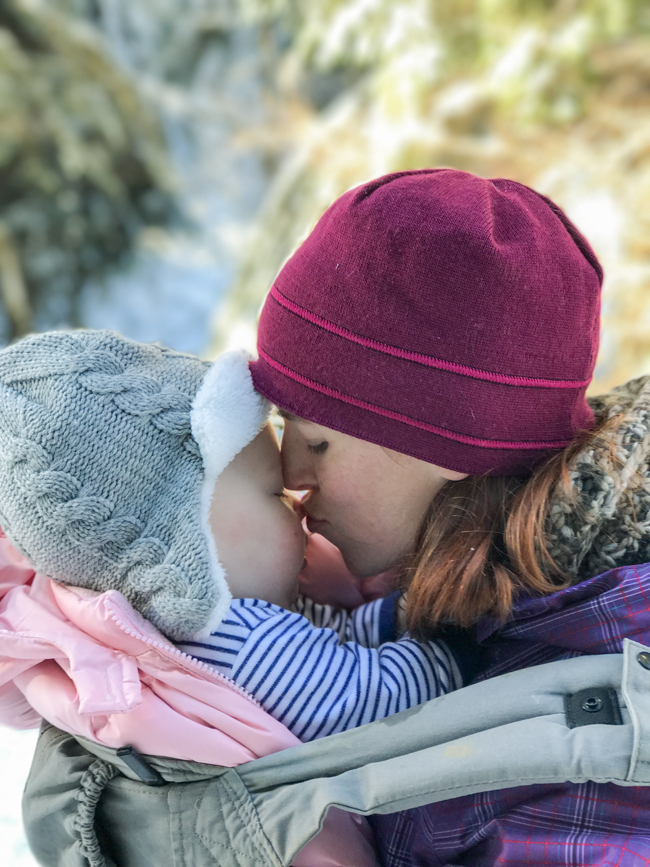 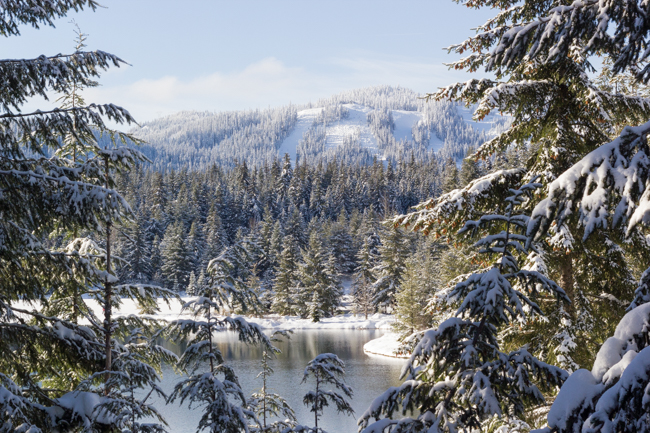 Now if you don’t think this sounds awful, it’s because you have never snowshoed for miles with a screaming baby and a cranky toddler. At one point I finally got Isabelle to sleep, and then I made the mistake of stopping to take a picture and she woke up furious and started screaming again.

Guys. It was exhausting – mentally and physically. 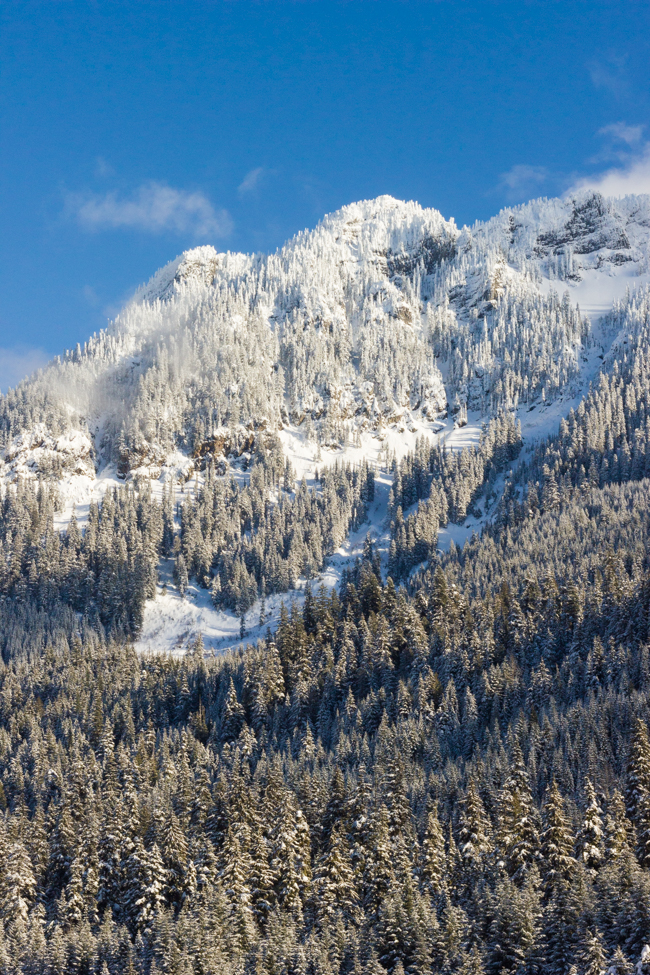 After we got back in the car (once I finally gave up and cut our hike short), I threatened to cancel Christmas and disown my family and celebrate by myself in all future years.

We got home and drank hot chocolate and opened up a few gifts, but everyone was so tired that it didn’t have the magical feel to it I had hoped, and we postponed the rest of the celebrations until the next day.

So will we do an outdoor adventure next year on Christmas? Probably. But I’ll be
bringing a flask of a festive adult beverage with me. 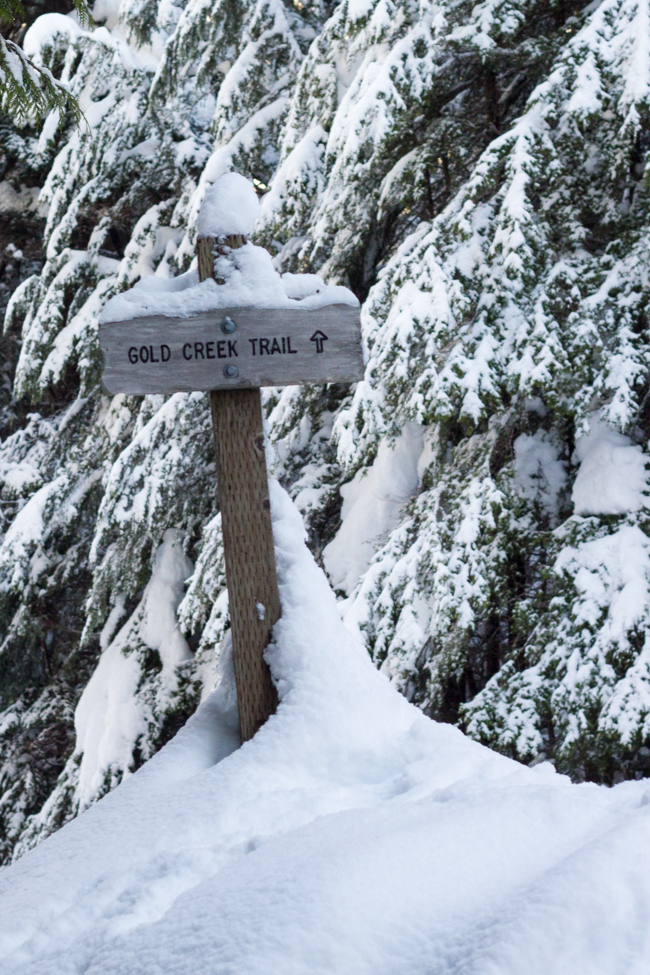 Sidenote: If you’re in the Seattle area, I HIGHLY suggest you go snowshoeing at Gold Creek Pond near Snoqualmie. Just make sure you have a Sno-Park Permit so you can park on the street near the trailhead. It is gorgeous and really easy and it doesn’t take much walking to see the gorgeous views. You can rent snowshoes at REI if you don’t own a pair!

14 Responses to Christmas chaos (also: the time I almost canceled the holiday.)