Isabelle is going to be 10 months old soon, and I cannot believe it. 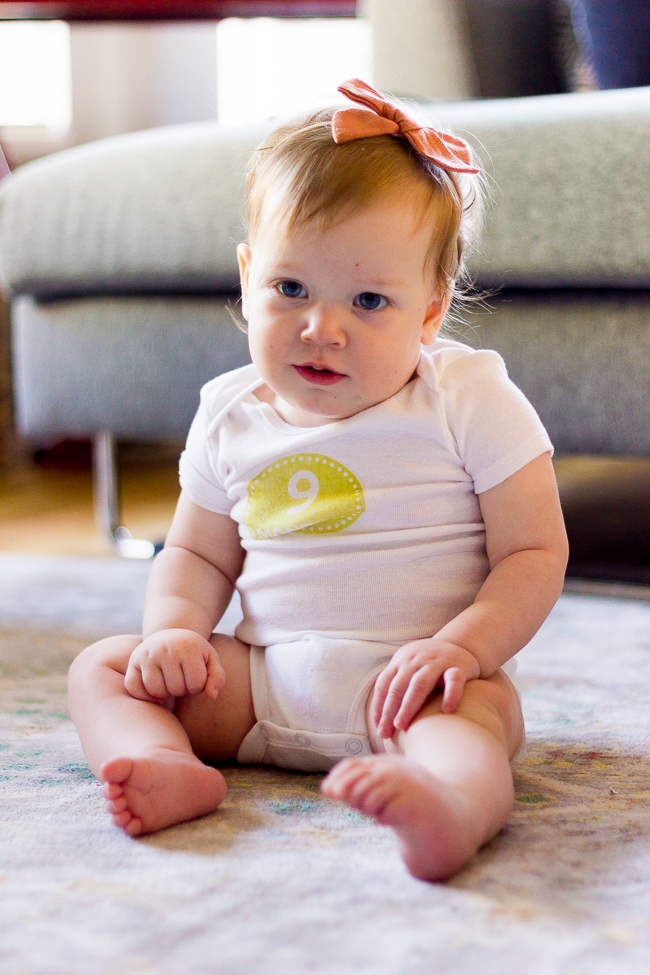 This photo is going to be outdated in a little less than a week! Also, she is never amused by me.

Where has the time gone? (Says every parent.)

Today I had the rare opportunity to rock her to sleep. Twice. Usually naptime is pure chaos, because Isabelle usually goes to sleep while Clara is still awake. I rush the process, because I have no idea what Clara is getting into while I’m in Isabelle’s room. One time she almost flooded the bathroom sick and one time she put lotion all over EVERYTHING in our house and generally she just makes a typical toddler mess. (Seriously, how do they get so much stuff out in so little time?!)

But today I put Isabelle down for her nap and bedtime after Clara was already asleep, so I chose to cuddle her until she was all the way asleep (instead of my usual methods of rocking her to sleep until she’s drowsy and then putting her into her crib). I had the luxury of sitting with her for 15 min, in wonderfully relaxed silence.

There are a million things that I need to do around the house, but cuddling my daughter suddenly became #1 on the list. It sounds cliche, but it’s also very true.

I think it’s because she’s my second kid that I’m extra-sentimental about these moments. I now know that they end suddenly and far too soon!

So I’m taking the extra cuddles when I can get them. Just because I can.

8 Responses to Because I can