We hosted Clara’s first birthday party over the weekend, and it was a great success! (I rank it as a great success because I had a wonderful time. I have no idea if anyone else did or not, but there was booze there so I’ll just assume people had fun.) 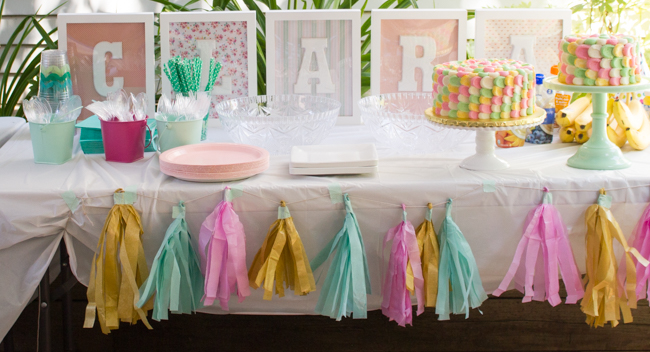 The snack table contained bananas and snack pouches for the little ones!

These are pictures of Clara wearing screen printed onesies from her first month to her twelfth month. I hung them up on string with clothes pins. 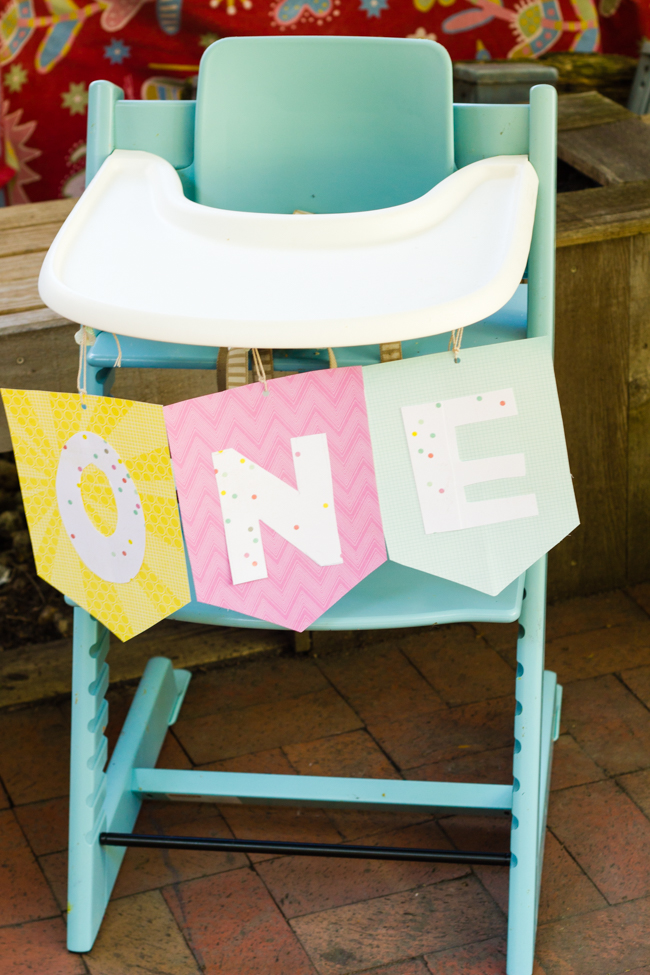 Hosting a party in Chicago is tricky because space is limited, so we had the get-together in my BIL’s backyard. I wanted a casual get-together with friends to celebrate the past year, and that’s exactly what we had!

About 50+ of our nearest and dearest friends attended and we inflated a kid pool and set out a water table for the little ones. This is key if you’re hosting a toddler party in the summer: make sure there is a water element. 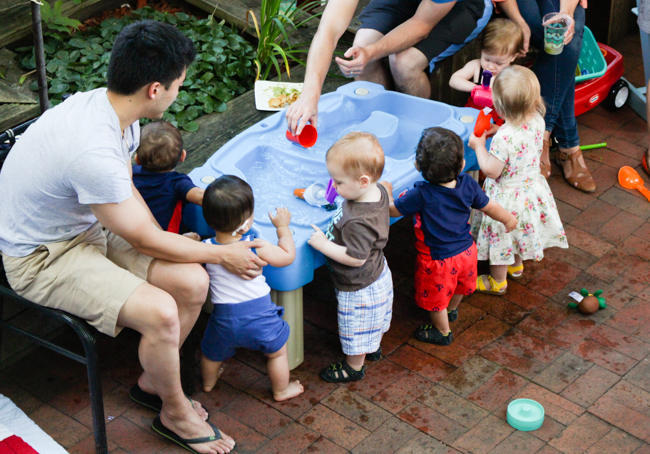 Water table for the win!

This is my one-year-of-being-a-parent wisdom speaking.

We served alcohol and snacks and had places for the adults to mingle.

I had the great idea to take a kid picture. This isn’t all of the kids, but at least we got close… And only half of them were crying by the time we ‘released’ them from this blanket after 2 minutes. It was chaos.

I sent out (online) invitations two weeks (or maybe a week?) ahead of time and started thinking of decorations a day or two before the party. I may or may not have been frantically running around the hours before the party trying to do last minute creative ides, and we set-up about 30 minutes before the guests arrived. 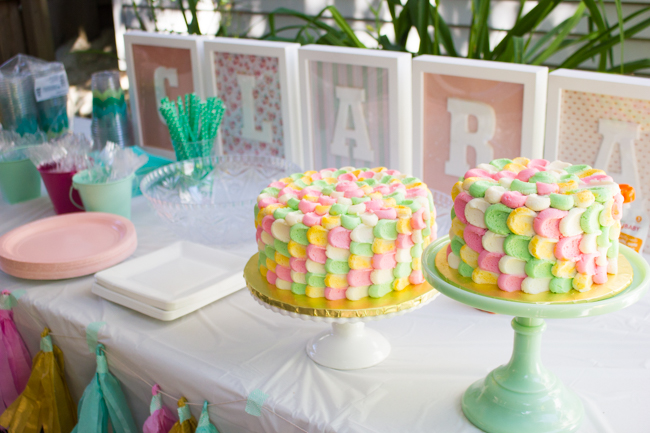 I am obsessed with the cakes. The smash cake is on the right (vanilla) and the adult cake is on the left (chocolate). It turns out Clara likes chocolate the best, though.

All this is to say that hosting a one year old party (despite what Pinterest would lead us to believe!) does not need to take a lot of time and months of preparation and thousands of dollars. Clara had a blast running around in her swimsuit and playing with her friends and her absolute favorite thing about the party was the ice bucket that we kept the soda in.

And the best part for me and Tim, aside from being able to watch all of the kids have a good time and being able to see many of our favorite friends and family members in the same place, was that Clara was so tired she went to sleep and slept for 12+ hours straight!

It was a happy day, indeed.

17 Responses to Her first birthday party.