Thoughts + tips on weaning from breastfeeding

All of a sudden I’m done breastfeeding. I can hardly believe it! I nursed Clara for 18 months (the last 6 months of that time was just at night and in the morning) and I thought I would go that long with Isabelle before weaning from breastfeeding.

However, nursing literally drained me in every way possible and my plans changed. (As they always do in motherhood.) What can I say, my youngest was sucking the energy straight out of me! Around her birthday I decided to stop nursing her during the day, and then a few weeks ago (at 13 months) I decided to be done completely.

I’m no expert on weaning, but I have done it twice and one time definitely worked better than the other. Meaning that weaning Isabelle hasn’t seemed to traumatize anyone whereas weaning Clara was awful for all parties involved. 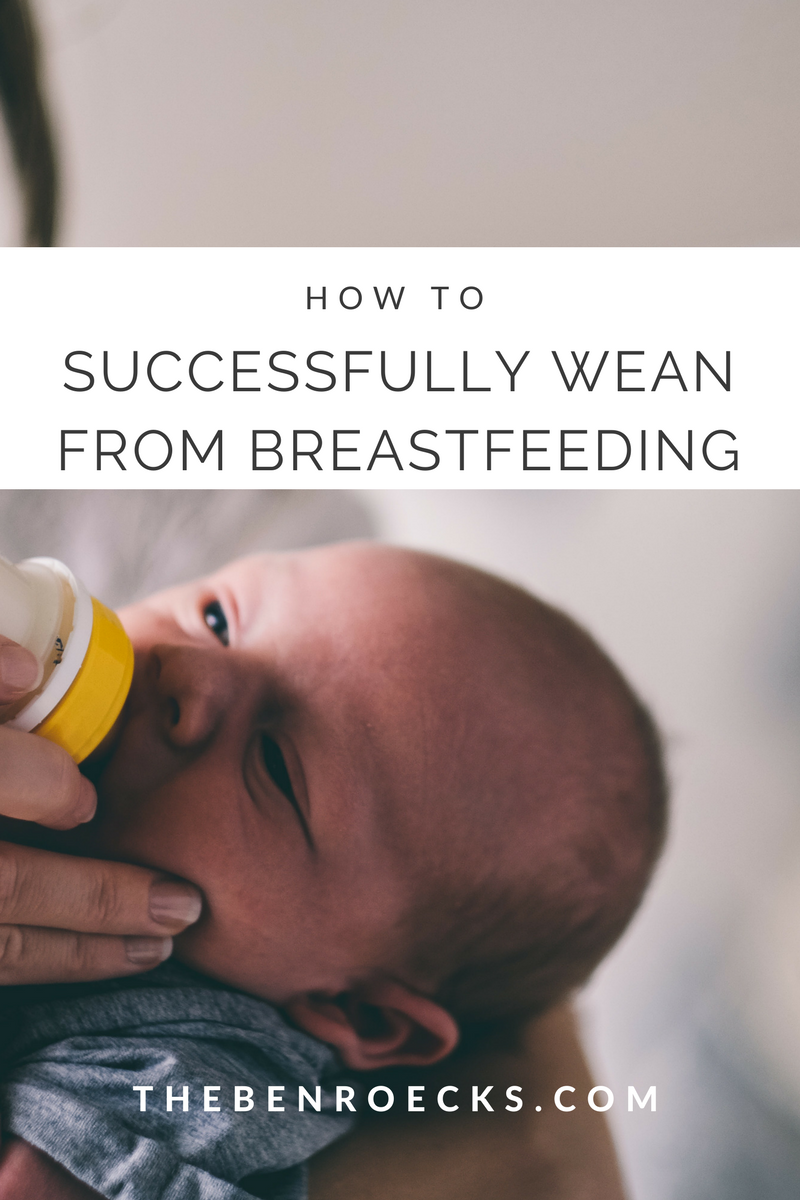 Here are my recommendations to successfully wean from breastfeeding:

+ Night wean first. I waited a while to night wean both girls, but it happened before a year for each of them (which is late, I know!). I’m not sure, but it seems like it would be harder to night wean if you already weaned during the day. I imagine that if I had cut out nursing during the day but still breastfed at night, my baby would have woken up more at in the early morning hours to eat and catch up on missed meals.

+ Get on a schedule. If you aren’t nursing on a schedule (if you’re nursing ‘on demand’), now is the time to try to form a routine. A routine helps because it allows you to predict when your baby is going to be expecting to nurse and you can easily decide which of those feedings will be bottles or breast. Clara nursed on-demand and I thought it was REALLY hard to wean her because she constantly wanted a 5 second ‘snack’ and would freak out if I deprived her of such breastfeeding goodness. I think if you cut out ‘snacking’ on demand, that’s a good first step, and I wish I would have done that with Clara.

+ Cut out one feeding every few days. Once you’re on a feeding schedule, it becomes much easier to cut out one breastfeeding session to replace with a bottle feed instead. And then when your baby seems used to that, you can cut out another one! (Honestly, I didn’t do this approach either time, but I think it would have worked pretty easily and it’s the approach our pediatrician recommended! With both of my girls I cut out all daytime breastfeeding sessions at once, but that was really hard on Clara. Isabelle, however, had a much easier time since she was only breastfeeding once or twice per day anyways – not including the morning and night feeds. Plus, I was out of town around Isabelle’s first birthday so Tim bottlefed her for a few days and she did great! We never went back to the breast after that.)

+ Snuggle while bottle feeding. Some babies still like to get their snuggles on, so if you can, offer skin-to-skin or at least some quality snuggling time with bottle feeding. Sometimes Isabelle seems like she’s in the mood to cuddle, but other times she crawls away from me and drinks her bottle by herself. Either way, I think it’s important to recognize that breastfeeding is a source of comfort for babies and it’s possible to remove the feeding element but still (hopefully) provide some comfort.

+ Make sure you’re still offering plenty of liquids. The girls’ pediatrician recommends babies drink whole milk until they’re three years old, so that’s what we stick to in terms of milk. We also offer as much water as Isabelle wants throughout the day, and we give her bottles of milk when I would normally have breastfed, which is after she wakes up in the morning and from both naps, and before she goes to bed at night.

+ Banish any ‘mom guilt’ thoughts. I actually thought I’d feel more guilty about not breastfeeding anymore, because I know there are still health benefits for Isabelle, but I just don’t have those guilty thoughts. None at all. My body helped create and grow and nourish two lives for a combined total of four years of continuous pregnancy/breastfeeding/sometimes both, and it is ready for a break. Neither of my girls needed formula, which means that I produced a lot of breastmilk over the 2.5 combined years I breastfed them. My body felt done – totally done – and I look back with fond memories but a sense of relief that the breastfeeding (and probably pregnancy) phase of my life is OVER. Once you decide you’re ready to begin weaning from breastfeeding, no matter how long you did it, you should feel confident and good about your decision!

To celebrate the end of my breastfeeding journey I’m working out more (because I honestly have more energy!) I bought some cute bras from ThirdLove (because even though my breasts are smaller, they look cute in these bras and are super comfy!), and am wearing alllll of the not-nursing-friendly summer tops and dresses I can find!

Cheers to the end of a chapter! If I missed any obvious tips, please let me know in the comments so I can edit the list!

This entry was posted in motherhood and tagged breastfeeding, motherhood, weaning. Bookmark the permalink.

12 Responses to Thoughts + tips on weaning from breastfeeding