If we were meeting for a coffee date this week, it would be because I’m in moving denial and am doing everything I can to avoid productivity.

So let’s just get that out of the way. 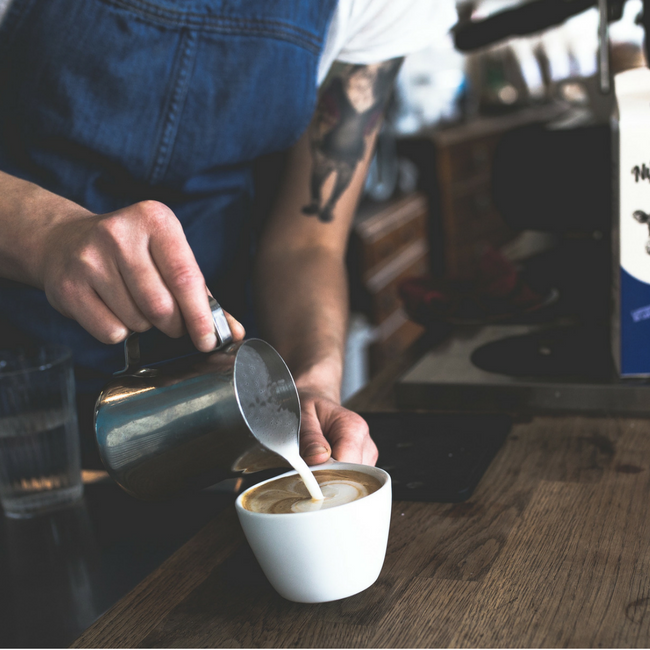 Other things I may talk about while sipping my caramel latte…

+ I would be relieved when I tell  you that Clara loves swim lessons. I really thought we may not get to this point because the swim lessons we signed her up for are a bit intense, but she loves them and now I can say with 100% certainty that they’re worth every penny. Right now she is learning to swim underwater, then float on her back to breathe and rest, then swim underwater again. Obviously, the idea is that if she falls into water of any kind she won’t panic, and instead will be able to stay on the surface until someone grabs her or until she reaches something she can grab on to. I always knew these swim lessons were important but I didn’t know if they were absolutely worth it when she was screaming the whole time. Well, now that she’s gained confidence and actually knows how to swim a bit, she practically sprints out the door to get to lessons and she doesn’t cry in the pool.

+ In a little bit of disbelief I would tell you that we move this week! Packers come on Tuesday and movers come on Wednesday. I am not a do-it-yourself type of person when it comes to moving and I feel great about our decision to hire all of the peoples to do everything for us. Packers & movers are cheaper than a divorce.

+ I would laugh and roll my eyes at myself and tell you that I’m getting rid of (practically) everything in my closet. All of the things. I don’t  know why, but nothing is working for me and so out it goes. Starting fresh just seems easier.

+ I would ask if you watched the Presidential Debate last night and then when you say of course you did we would both agree it was an absolute sh*t show. Like, what the heck was I watching?! I could write an entire post on this but it makes me too angry. I will say this, though: Trump does not surprise me at all anymore, and hasn’t for a while. Everything he says is consistent with what I already perceived to be true about him. He is not going to be president and years from now people are going to wonder who the heck actually voted for this clown. He is making a mockery of our politics and the Republican Party and maybe that will invoke some positive change, but for now he’s creating an atmosphere of fear, distrurst, bullying… I’d better stop here because I know you’re agreeing with me and we don’t need to say any more about it. He’s a joke, this election is a joke, and I’ll be glad when he’s out of ‘politics’ and back on my TV in a scripted reality show instead of this unscripted ACTUAL reality mess that we’re all witnessing.

+ Changing topics… you might notice I look a bit more awake and I would say it’s thanks to paternity leave and our commitment to getting Isabelle on a sleeping schedule. (More on the latter in a different post.) Suffice it to say that we’re all getting a bit more rest these days and I’m thrilled.

+ And then I would add that Tim’s paternity leave is going so by so freakin’ fast and I’m hoping we’re able to do some family adventures in the last few weeks of his leave. (On my list is hiking, exploring, a vacation, etc etc.)

+ I would mention that I’m excited to be watching baseball in October… because the Cubs are still playing! Wooohooo! 108 years and counting – but this year is the year.

I would say that I have to run and go through my bookshelves and closets to figure out things to resell today before the packers come tomorrow. Procrastination is my specialty.

(I’m selling books to Powells and clothes to ThredUp)

Thanks for letting me talk so much on our coffee date today. I appreciate you. (Go check out more coffee date posts with Amber and Erin!)

Do you have anything extra-fun going on this week?

This entry was posted in current events, currently and tagged coffee date. Bookmark the permalink.