*Warning: This post is all about potty training and has words like ‘pee’ and ‘poop’ in it, which I personally never thought I’d blog about, but here I am, all mom-like, blogging about bodily functions. Sigh.* 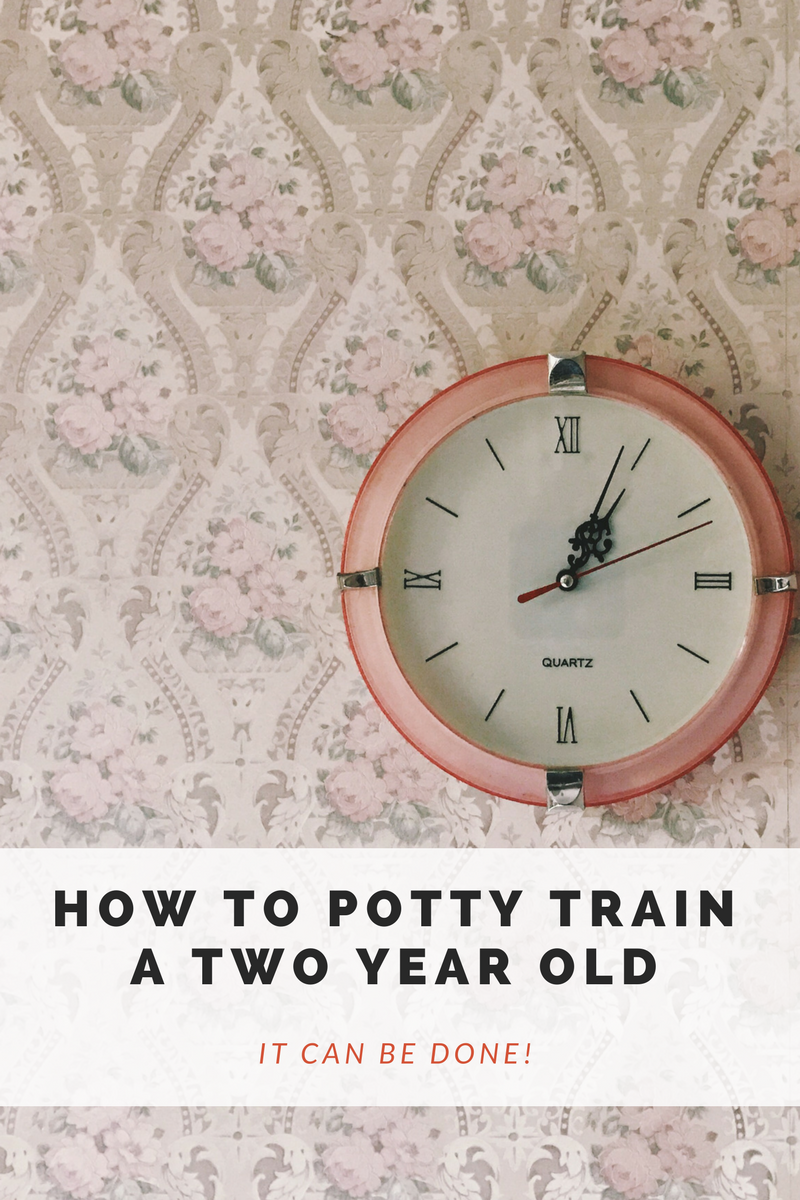 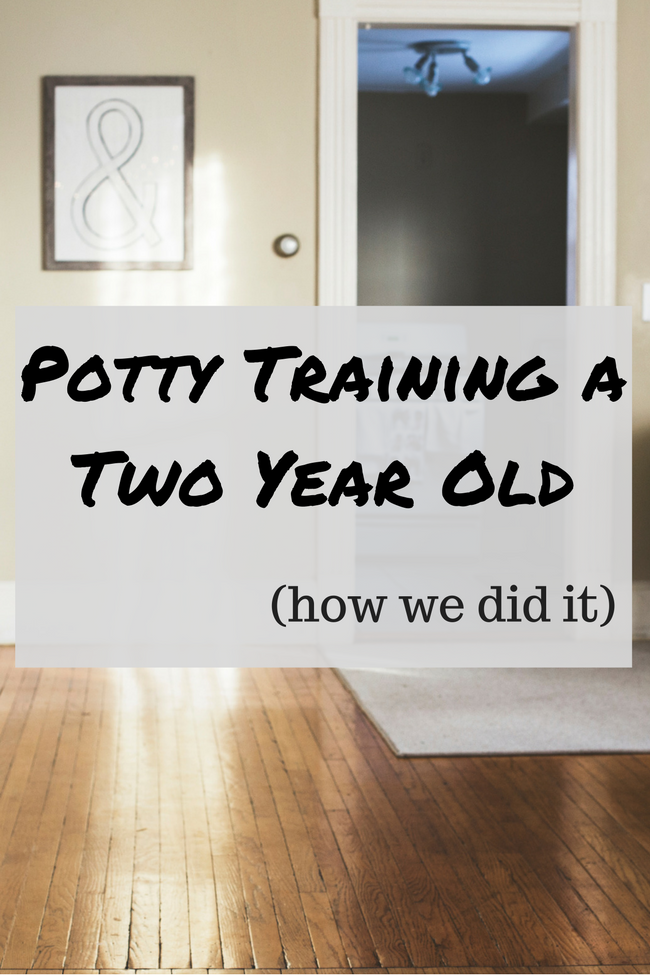 If you’ve been reading this blog for a while, you might remember that Clara stopped using diapers quite a while ago – at around 20 months old. (Insert all of the emojis here. They all apply.)

I wanted to write this post over a year ago, but when I would tell other parents that we were potty training a two year old, I got a lot of ‘why are you trying to potty train her so early?’ type responses, so I kind of held off on talking/writing about it until we got completely through it.

First and foremost: We did not necessarily decide to potty train Clara, she decided she wanted to use the potty and we simply made that option available to her. Although, chocolate chips helped sweeten the deal (pun intended). I just want to get that notion out of the way because I get rather defensive when people imply that we forced potty training on a too-young child.

It all started when Clara was around 17 months old, as she had a HUGE interest in bathroom time. She insisted on going to the bathroom with Tim and I and wanted to know EXACTLY what we were doing on the potty. She loved ‘announcing’ what we were doing, which is why I avoided taking her into public restrooms. She wanted to wipe like we did and wash her hands like we did and she started hating diaper changes in general. So after a month of this increased level of interest, we decided to buy her a toddler potty so that she could sit on her potty while we sat on ours.

The first day we got the toddler potty she sat on it and read books, and then stood up and pooped on the floor, right next to the potty. So I just told her that we go poop and pee IN the potty, and after that she used it randomly throughout the day, usually when either Tim or I were in the bathroom. We still had her in diapers all day, but we would ask if she wanted to sit on the potty and she usually enjoyed doing it. And the thing is, she always understood exactly what she was supposed to be doing on the potty. Even if she didn’t need to go to the bathroom, she would sit on her potty and try.

So, a few months later (when she was 20 months old) after too many weeks of being very random about her using the potty, I decided that we needed to either be consistent one way or the other – as I felt like it was confusing her to sometimes use the potty but still be wearing a diaper.

Taking everything into consideration and following Clara’s lead, we purchased a second toddler potty, put it in the middle of our family room, and told Clara that she wasn’t going to wear diapers at home anymore.

And that was that. Seriously!

At first we put her in pull-ups occasionally, mainly when we were going to a place where I really didn’t want her to pee on the floor. Today we still put her in pull-ups at bedtime, although (a whole year later) she consistently wakes up from naps dry, so we aren’t doing pull-ups during the day at all, which is encouraging.

When Clara first started ‘potty training’ we didn’t (usually) ask her if she had to use the potty unless we were leaving the house, she just knew she was supposed to use it. (I know that some advice says to put them on the potty every 10 minutes or something like that… but ain’t nobody in that house got time for that. Meaning that I was hugely pregnant and moving from the couch every 10 minutes or frequently waddling over to a public bathroom from the playground seemed near impossible.) Clara would get very excited about going to the potty and liked to announce what she was doing, but it was not a big production and I wasn’t actually that involved. The most annoying part of the entire ordeal (for me) was cleaning her potty a bijillion times a day because I swear she peed every 15 minutes when she was around two years old!

Obviously I don’t have a ‘how-to’ on potty training, because it was a pretty easy process for us and not necessarily a series of steps that we followed. Our approach was to not ever tell her she had an ‘accident’ or to yell at her or make her feel bad about any part of the experience, but instead to show her how to use the potty so she felt excited and empowered about it and eventually proud of herself for knowing how and for ‘going potty like a grown-up.’ 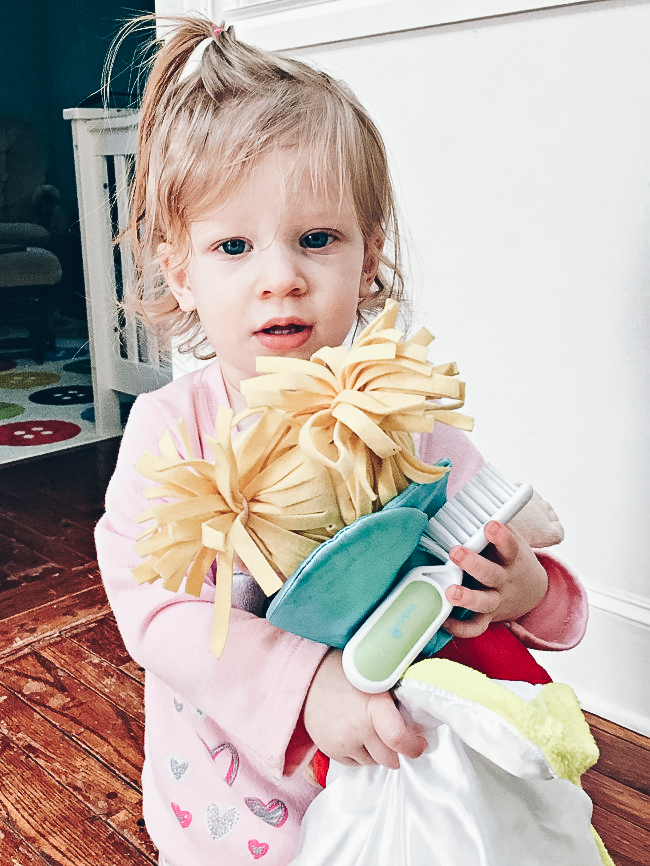 She looks like such a baby in this photo! This is her taking ‘Baby Stella’ to the potty.

To sum it up, here are some tips that worked for us:

+ Don’t be shy. I love my alone time in the bathroom as much as any mom trying to cling to her last shred of sanity, but toddlers want to be like us, so the more they see us doing something, the more likely they are to want to do it themselves.

+ Buy multiple toddler potties. Put one in the bathroom, one in the family room / playroom / wherever you spend most of your day (gross, I know, but necessary unless you want to be running to the bathroom with a peeing toddler), and one in the trunk of your car.

+ Seriously. Keep a potty in the car. With some wipes and hand sanitizer. It has been a lifesaver for us! When we’re in the car and Clara says she has to go potty we just pull right over wherever we are and put her in the trunk to go to the bathroom. We’ve done this on side roads in the country and on the side of busy expressways and in the parking lots of stores… This also helps when you’re driving to a playground without public restrooms.

+ This is the toddler seat we use on our regular toilet and we love it. I can’t recommend it enough.

+ These are the toddler potties we use.

+ Use bribery. We used two chocolate chips as a reward and she was THRILLED.

+ Keep it light. We also potty train Clara’s babydolls, because she loves playing with them so much. They would sit on the potty sometimes, too, and we would praise them and talk about how they’re getting to be such big girls/boys… etc. Clara loved encouraging her doll babies! The only caveat is make sure the dolls only go in CLEAN TODDLER potties. We’ve had some close calls and near drownings of dolls in the regular potty.

+ Be encouraging and try not to get upset with ‘accidents’. Also, I think I read somewhere not to use the word ‘accidents’ because it implies they did something wrong. We just would say something like “Oh, did you pee on the floor? Pee goes in the potty! Next time let’s use your big girl potty.” (This is easier said than done because sometimes it’s so frustrating.)

+ Keep ’em naked those first few days so you aren’t rushing to remove their clothing. If you have a girl, dresses can be way easier than pants.

+ Know that it can be a verrrrry long process. This is not a 3 day ordeal, I don’t care what any ‘potty training boot camp’ guide says.

I think our experience was way, way easier than a lot of people’s because Clara never had to learn to ‘release’ on the potty – she always understood that her potty was for peeing and pooping and has always been motivated to use it. Soooo I have no tips on that particular aspect.

Although, a note on potty training in general… Clara goes through phases where she seems to regress for a week or so. As in, just the other month she decided she wanted to pee in the backseat of the car, for no apparent reason. And for a few days straight she constantly peed in her pants at home. CONSTANTLY. And she was quite happy about it. But then, like everything seems to with kids, the phase passed and we were right back to having a potty trained toddler. It can feel like a never-ending process, though.

And my last note. If you’re reading this and you’re thinking “I can’t believe this woman is saying potty training wasn’t that bad! Just wait, her second kid won’t be potty trained until she’s 17!” Trust me, I’m thinking that exact same thing. It can’t be easy for both kids, right?! I know that most milestone stuff has way more to do with the kids’ temperament than anything their parents do, so what works for me and Clara may not work for you and your kid, and may not even work for me and Isabelle! Fingers crossed that this particular lightening strikes twice in the same spot, though.

When was your child potty-trained? Was it easier or harder than you thought it would be?