Gosh, I guess I took a little bit of a break (from blogging) over the last week or so. It’s not because nothing has been happening – on the contrary – too much has been happening and I’ve barely been able to keep up! Last week Tim was out of town and I escaped to my mom’s house so that she could spend some quality time with Clara and also help me to run after her. Then I left for the Influence Conference on Thursday and Tim’s mom came to our house to watch Clara until Tim got back into town on Friday and could take over dad duty.

I got back to Chicago on Sunday which means that it was my first time being away from Clara for longer than six hours straight! Wooohooo!

Seriously. The three days I was away were glorious. 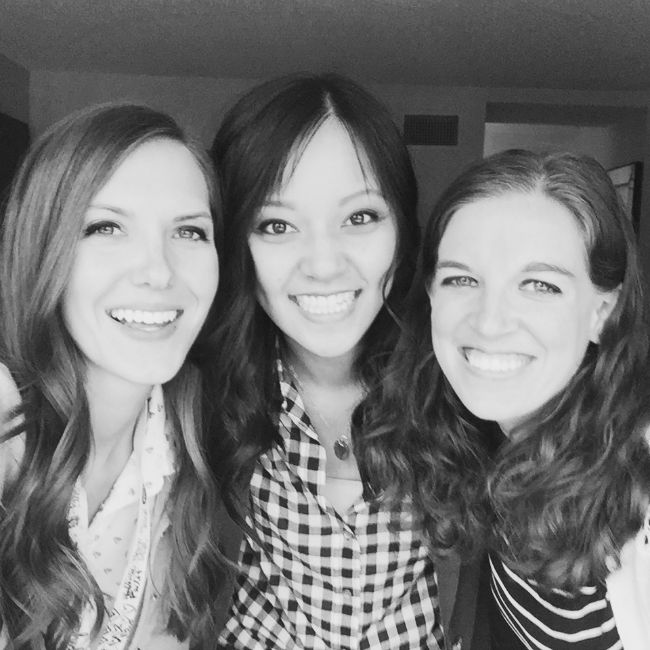 I was not one of those moms that cried at the door. I said goodbye to Clara and put her down for a nap and practically sprinted away. It’s not that I don’t love spending time with my daughter (because I obviously do, although some days I enjoy it more than others) but being with her all day, every day for 14+ months is a lot of time with one little person! I was in desperate need of some time with other adults and I was so excited to get some time with lady friends at the conference, and to not be woken up by a yelling baby at 5am.

The Influence Conference was incredible, and I was able to really think about my relationship with God and the directions He’s steering my life. I need a few more days to process everything, but it was good stuff and I had the absolute best time meeting and chatting with other women and hearing so much wisdom.

As for Clara… she’s officially broken.

When I left Chicago she was waking up once at night (which just started last week – before that she was sleeping 12 hours straight) but could be soothed in about 5-10 minutes. Last night, which was my first night back at home, she woke up just about every hour after midnight and woke up at 5am for the day.

I’m not going to name any names… but if I was going to, I would say this has to be Tim’s fault. Just sayin’. (Or, more likely, it’s a developmental leap or teething… but for simplicity’s sake I shall keep blaming Tim.)

But seriously, we’re in a constant sleep deprived state over here and I’m sure this past weekend was tough, so I’m especially thankful that Tim and his mom tag-teamed watching Clara for a few days so I could go to the conference. The main reason that I was able to leave with such joy and without a hint of anxiety is because I knew that Clara wasn’t just in good hands, she was in the very best hands. It’s such a blessing to have so many people who enjoy caring for my daughter. 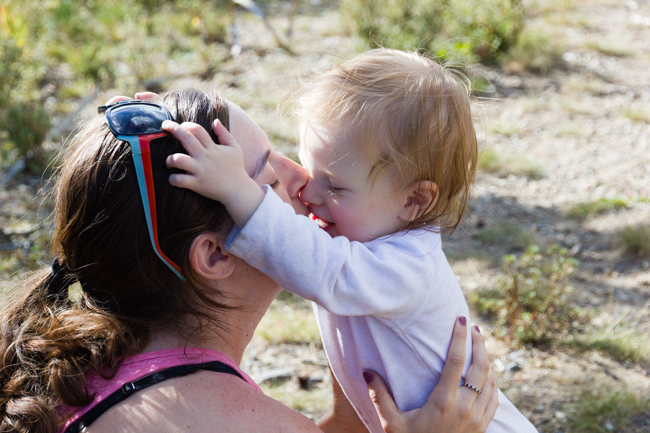 If you’re a mom and are about to leave your little one for the first time, whether it’s just for a few hours or for a few days, I think it’s good to remember that even though you’re the best mom to your child, (s)he also has a best dad/grandparent/family friend who is very capable of keeping him/her alive and happy for a period of time until you come back! Children are so adaptable and happy and I’m convinced that we miss them far more than they miss us.

And to prove my point, when Clara woke up from her nap and realized I was home, she ran straight to Tim. I was tempted to be a bit sad that she didn’t run at top speed directly to me, but I was actually relieved that she didn’t think it was a huge deal when I returned. I guess she was too busy having fun to worry about why I wasn’t around – which is just fine with me!

Today she’s back to ‘normal’ (minus the sleep).

So I hope you don’t feel tons of mom-guilt when you leave your baby/toddler/kiddo for any period of time – they will be just fine and so will you!

This entry was posted in motherhood and tagged motherhood, parenting. Bookmark the permalink.

15 Responses to Time away.