The girls are now sharing a room!

Well, it happened again. As Tim and I were lying in bed one morning, we saw Isabelle just walking around the hallway. Which shouldn’t happen, since she’s in a crib. Or at least she was supposed to be in a crib.

Some kids don’t ever try to climb out of their cribs, but mine seem to think it’s their sole mission to escape whatever confines they’re in. Isabelle first climbed out of her crib in late December, and we lowered the mattress all the way to the ground (with the crib around it) to buy ourselves some more time. (Well, first we tried to move her into a ‘big girl bed’ but that was DISASTER, so we went back to the crib.)

But, once we saw that she had managed to escape again, we knew it was time to do the big girl bed transfer 2.0. 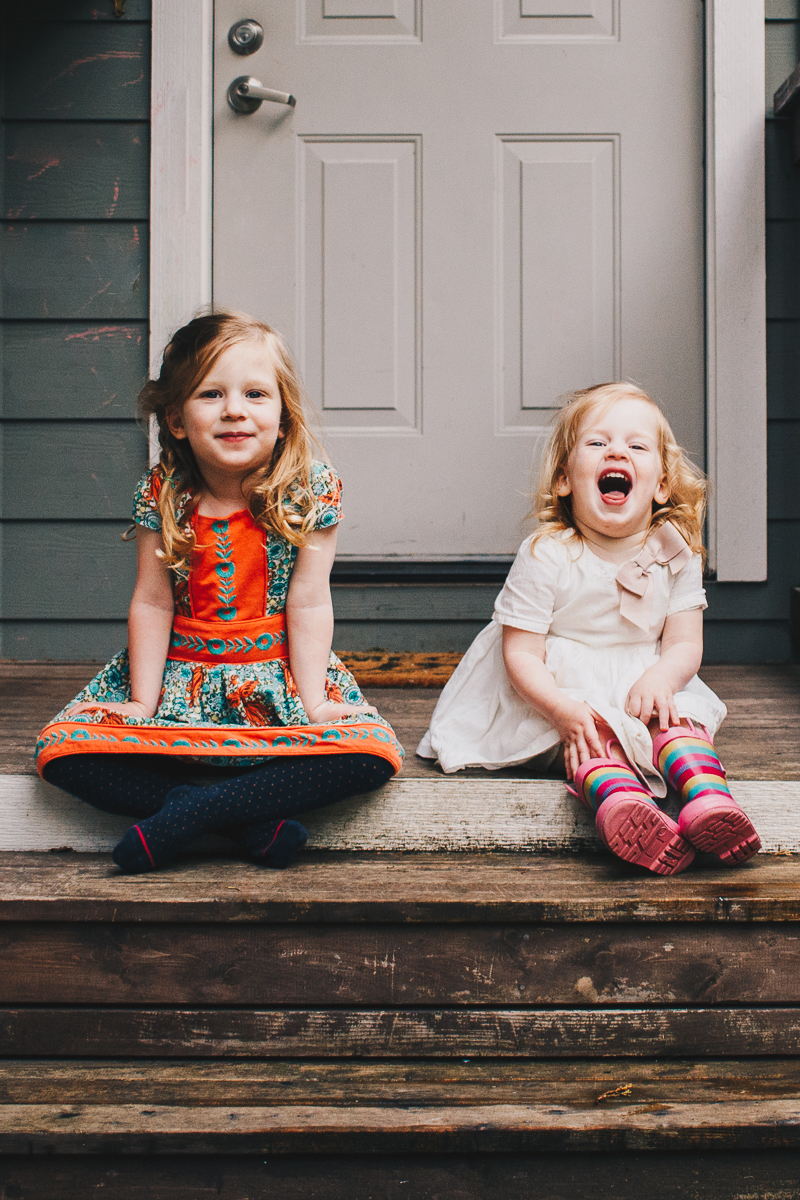 I decided we should move Isabelle into Clara’s space, because I thought it might encourage Isabelle to stay in the room, since she wasn’t alone in there. And let me tell you, I was right!

The first time we tried the transition from crib to toddler bed – back in December – Isabelle would promptly get out, run to the door (which was locked from the outside) and bang and bang on it until we lost our minds and went to go get her. By that time she would have woken Clara up and the whole house would be in chaos. This time, however, we’re able to rock her until she’s really drowsy, and then transfer her into her bed, where she’ll stay. Miraculously!

Of course, it helps that at this point Isabelle has better sleep habits in general. But still! Success! Clara also loves having a sleepover buddy, although a few nights she has told us that Isabelle is too loud and she wants her out of the room. Oh well, kid.

I don’t have a sister so I never experienced room-sharing, but I think it’s going to be great for the girls. I’m not sure how long it will last, but hopefully they appreciate having a buddy with them. It’s also nice that we have an extra bedroom that is now a toddler ‘reading room’ for quiet time. And if the girls need to spread out one day, they can! Or if one of them is sick or having a tough time sleeping, we can move them into the other bedroom for a while. I’m all about keeping our options open and flexible…

I don’t have any tips about how to transition toddlers into sharing a room, because our experience wasn’t very difficult! Bedtime routines do look a little bit different. It seems to work better to put Clara into bed, and then rock Isabelle in a separate room until she can be quietly transferred. However, we have had Clara stay up later than Isabelle, and that works fine, too.

The most challenging part is that in the middle of the night if one of the girls starts yelling because they have to go potty or need water or any of the million things they come up with, we feel extra pressure to respond before they wake the other girl up.

The moral of the story is, if you’re thinking about having your kids share a room, go for it! There are not many experiences in parenting that I feel are easier than what I anticipated, but this was one of them.

This entry was posted in motherhood and tagged motherhood, toddlers. Bookmark the permalink.

14 Responses to The girls are now sharing a room!